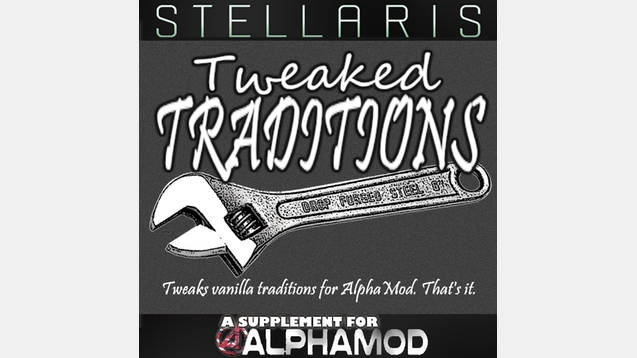 Many of the traditions now reference technologies and other assets in AlphaMod. Some techs are unlocked for research, some are given to you, when you take a tradition.