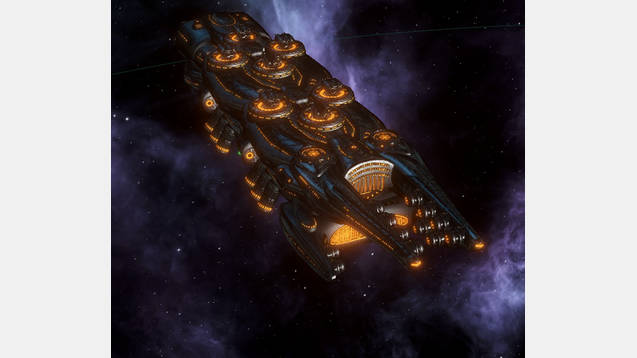 Adds additonal sections for ships and stations, a 6th reactor tier, and a Capital ship size. Also reduced the number of techs required for Tier 4 techs from 10 to 6, as I added quite a few T4 techs.

——-
Ships
——-
Added 4 Tier 3 Engineering techs, x Prototyping, which unlocks additional sections for that ship size, requiring the respective ship type and its assembly yard to be unlocked. For this purpose, Corvette and Destroyer Assembly Yards are now unlocked from their own techs, requring Spacport 2 and 4 respectively to appear.

For now, the additional sections are;

———-
Stations
———-
Increased the health of all stations, added a torpedo section, and all sections can now hold 2 Strike Craft. Additionaly added a Tier 4 tech, Megafortifications, which unlock a Light and Heavy Megafort section for Defense Platforms/Stations and Fortress. All Megafort sections have 3 Strike Craft Slots, upgraded Utility Slots, and an additional Auxillary Slot. The tech adds the sections;

———————-
Capital Ship Type
———————-
Added a new ship type, Capital, unlocked from the Tier 3 Engineering tech, Capital Ship Construction, which requires Spaceport 6 (Battleships). Capitals are essentially 4-section battleships, using similar sections with additional Weapons and more Utility slots, plus an additional Auxillary (So Capitals have 4). There is also a Capital Assembly Yard spaceport module unlocked in the same way as the other ship types.

Any other mod that modifies these files will likely not work with this mod. I’ll probably add compatibilty for NSC, Realistic Ships, etc. later.